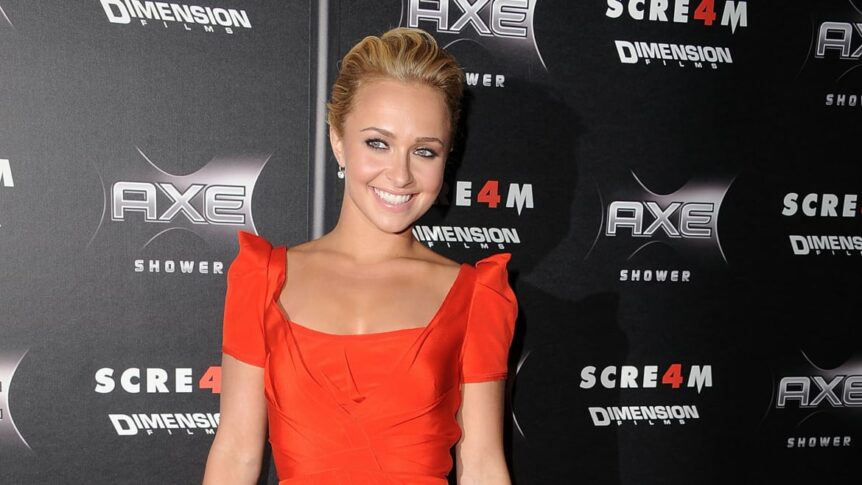 Back in 2011, Hayden Panettiere pulled off something rare with Scream 4. Her character, Kirby Reed, was the sole survivor of the “Woodsboro Massacre Remake”—the Ghostface murder with the highest body count—but that’s not what I’m talking about. The actress herself also managed to make a mark on an already established franchise, transforming what could have been a throwaway character into the one that fans could not stop screaming about. But I’m not talking about that either.

I’m speaking instead about that incredible pixie cut—a masterfully coiffed work of art that both encapsulated Panettiere’s scrappy screen presence and inspired queer girls everywhere (or fine, maybe just this one) to consider the pompadour. Any pixie cut is a good pixie cut as long as it did not happen on America’s Next Top Model, but a well executed curly pomp is a miracle of both style and physics—a phenomenon to be revered and honored for generations to come.

Imagine my surprise this morning when I woke up to see that in Scream 6, they’ve replaced that triumph with the Applebee’s of hairstyles—the choice every woman makes at some point in her life, but usually out of resignation for lack of better options. It’s a wavy bob, but also just slightly too long for a bob. This hair lives outside the city limits of Bob Town just before you reach Lobsville—a miserable place for anyone to be. It’s giving grad school hair; it’s giving afternoon Fox News anchor; it’s giving me a stress migraine just looking at it because why does this wig look frizzy?!