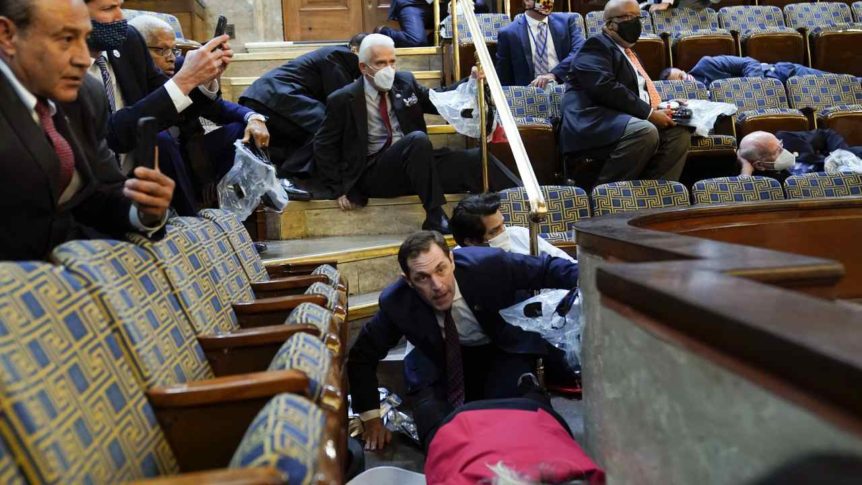 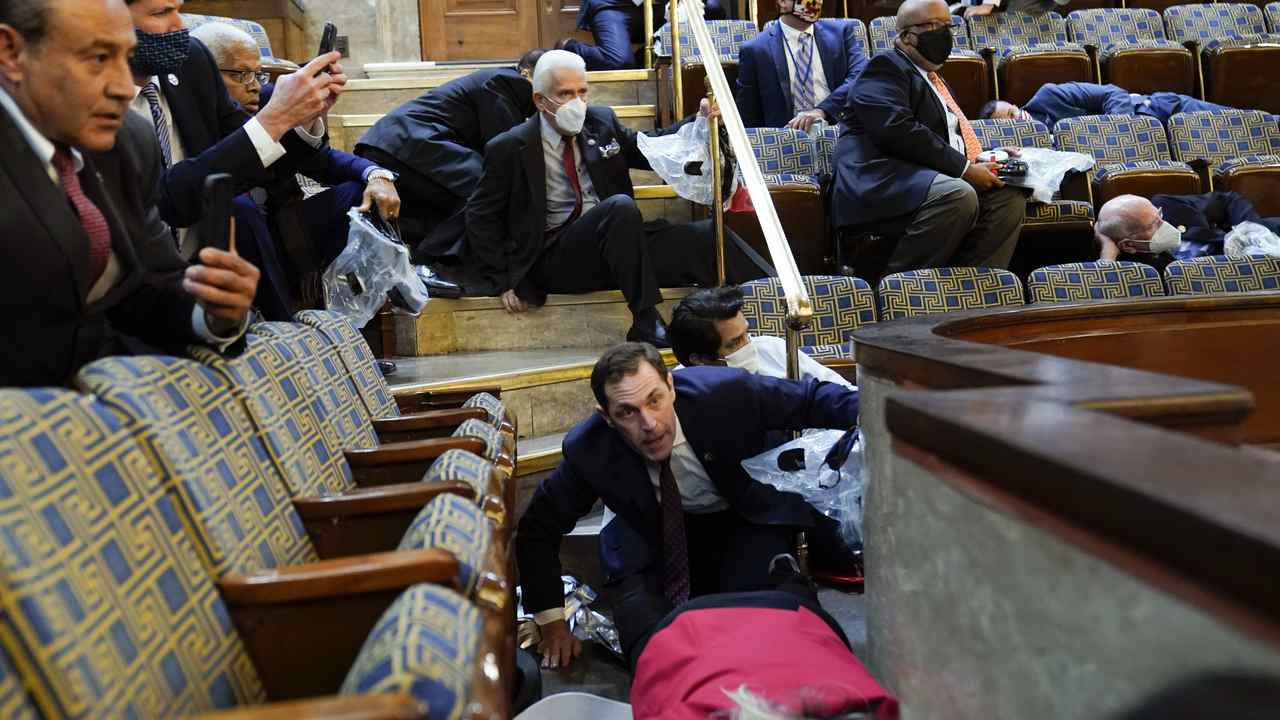 To understand what House Speaker Nancy Pelosi’s select committee investigation of the Capitol Hill events of Jan. 6 is all about, a good place to begin is with the sentencing hearing last week of Paul Hodgkins.

A crane operator from Tampa, Florida, Hodgkins, 38, pleaded guilty to a single count of obstructing a joint session of Congress called to confirm Joe Biden as the next president.

Hodgkins entered the Senate chamber carrying a Trump 2020 flag. He committed no assault, no act of destruction, no act of violence. Yet, he was sentenced to eight months in prison by U.S. Judge Randolph Moss.

Special Assistant U.S. Attorney Mona Sedky argued for a sentence of twice that length, a year and a half, because, as she told the judge, “Jan. 6 was genuinely an act of terrorism.”

But is that true? Was Jan. 6 “an act of terrorism” — of the character if not the magnitude, say, of the Oklahoma City bombing?

Hodgkins’ attorney vigorously rejected that depiction. To call Jan. 6 “domestic terrorism,” said Patrick Leduc, is “offensive and gaslighting the country … It was a protest that became a riot, period, full stop.”

Leduc is correct: Jan. 6th was a riot. Had it truly been “domestic terrorism,” as the U.S. attorney claimed, why would she have accepted a guilty plea for a single nonviolent offense?

Why did she not throw the book at the terrorist?

Looking back, what was Jan. 6 in reality?

A huge pro-Trump demonstration of tens of thousands, out of which a mob of hundreds moved on the Capitol, broke police lines, assaulted cops, rampaged and disrupted an official proceeding.

All in all, a shameful disgrace. But 1/6 was not 9/11 or Oklahoma City or Pearl Harbor or the Pulse nightclub or the Las Vegas massacre.

Why is it being hyped like this? Why will the establishment not let go of Jan. 6? Why, half a year on, does it remain an obsession of regime media?

The hype never ends. Daily, we hear establishment politicians and press paint it up as the most awful day in America’s history.

It was, we are told, an “armed insurrection,” “domestic terrorism,” an attempted “coup,” “an act of treason,” “the worst attack on American democracy since the British burned the Capitol in 1814.”

Why did Pelosi recoil from and reject two of House Republican Leader Kevin McCarthy’s picks for her select committee — Reps. Jim Banks of Indiana and Jim Jordan of Ohio?

Because the deck is stacked, the fix is in. Pelosi’s committee has been crafted to bring in a third impeachment of Donald Trump and the GOP for posing the greatest threat to American democracy since Fort Sumter.

Issues, arguments and questions Banks and Jordan would have raised would have been off-script and interrupted the agreed-upon narrative.

Indeed, of whom does the select committee consist as it opens its hearings today?

Pelosi has impaneled a jury to try Trump and the GOP for insurrection, every one of whose members has already indicated they believe that Jan. 6 is a historic crime and Trump is guilty.

Why are Pelosi and the regime media doing everything to keep Jan. 6 alive? What are the stakes involved?

As of today, Jan. 6 is the biggest and last best stick the Democrats have for retaining control of Congress in 2022.

For if that election is not about the worst day for the GOP of the Trump years, it is going to be about the successes and failures of the first two Biden years.

That election will be about the worst outbreak of inflation in a quarter-century to hit the U.S. economy. It will be about Biden’s having presided over a fourth wave of the COVID-19 pandemic, after having declared on July 4, 2021, our independence of the virus.

It will be about the largest invasion of illegals across America’s southern border in the history of the republic — 2 million a year in 2021 and again in 2022, with 300,000 of these “gotaways” who evaded any contact with the Border Patrol.

Among the 4 million anticipated illegals in Biden’s first two years are child molesters, drug dealers and unvaccinated carriers of COVID-19.

The election of 2022 will also be about a wave of shootings, woundings, killings and gun crimes in our greatest cities that have long been governed by liberal Democrats.

The Democratic establishment and its media arm have a vital interest in hyping Jan. 6 and not letting go of it. For Jan. 6, 2021, is their last best hope for holding power after Nov. 8, 2022.

Patrick J. Buchanan is the author of “Nixon’s White House Wars: The Battles That Made and Broke a President and Divided America Forever.” To find out more about Patrick Buchanan and read features by other Creators writers and cartoonists, visit the Creators website at www.creators.com.