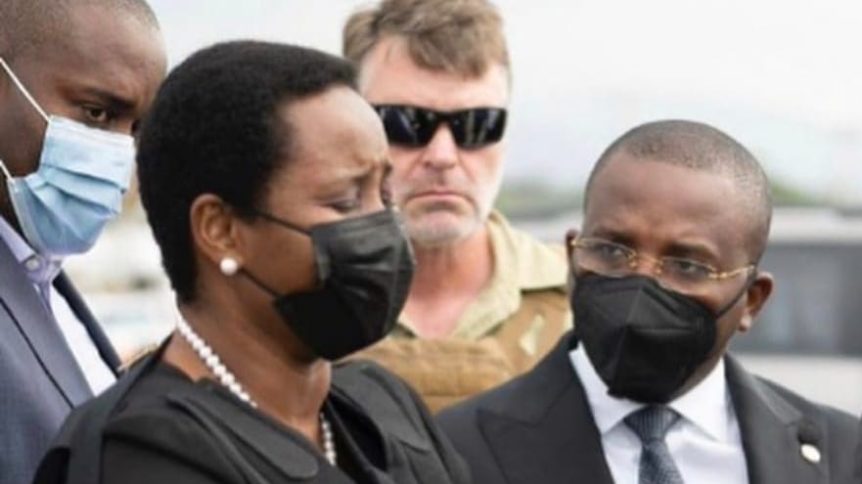 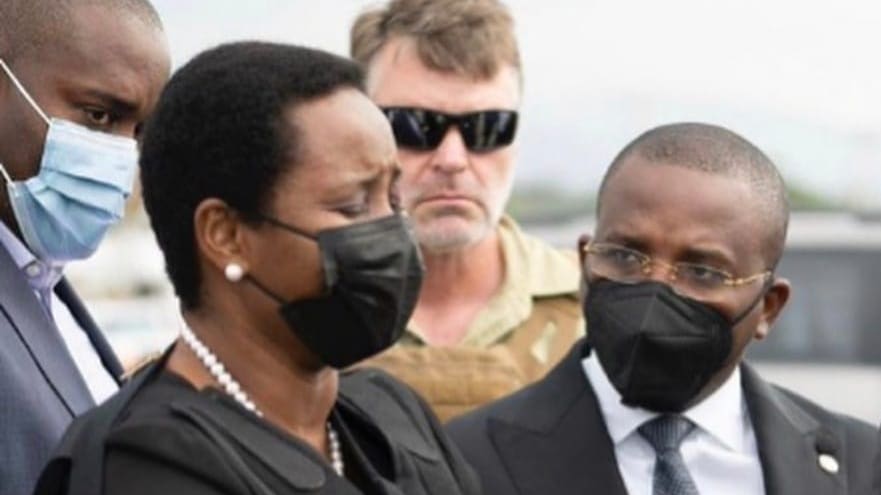 Haiti’s First Lady, Martine Moïse , returned to Port-au-Prince on Saturday afternoon nearly two weeks after her husband, the late President Jovenel Moise, was assassinated and she was wounded by gunfire in a late-night attack. She returned aboard a private jet, accompanied by two security contractors.

The plane landed around 4:30 p.m., with Moïse emerging from the plane wearing black. She had a cast on her arm from a gunshot wound she suffered during the deadly attack on her husband. She was met by a Haitian delegation. There were no immediate details on where she was headed next. She apparently told members of her entourage in Miami that she felt better being back at home in Haiti.

Her return to Haiti comes after she shared a picture of herself in a hospital bed on Twitter earlier this week, thanking the “guardian angels” at Jackson Memorial Hospital who took care of her. “With your gentle touch, kindness and care, I was able to hold on. Thank you! Thank you! Thank you!” she wrote.

Her sudden and unannounced return could well be to attend the funeral of her husband next week in the northern city of Cap Haitian where he came from. An initial ceremony is to be held in the capital of Port au Prince on July 20, and his burial will be on July 23 in Cap Haitian. Plans for President Jovenel Moïse’s funeral were announced late Friday by the interim prime minister’s office.