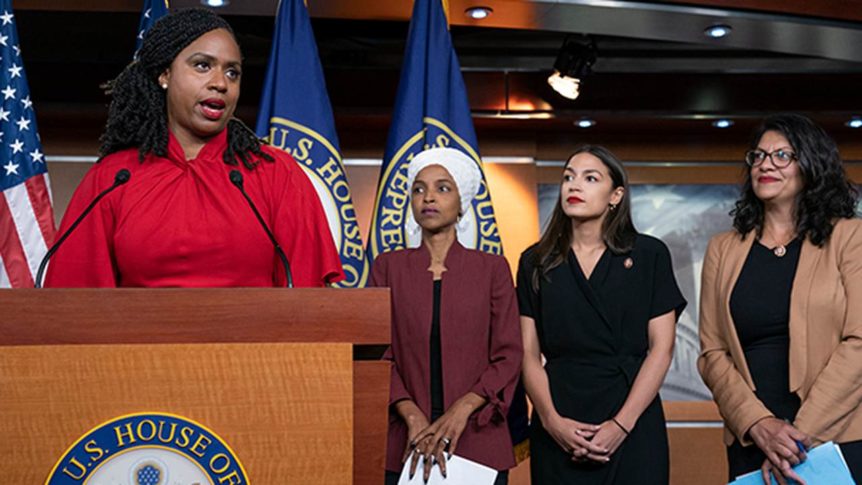 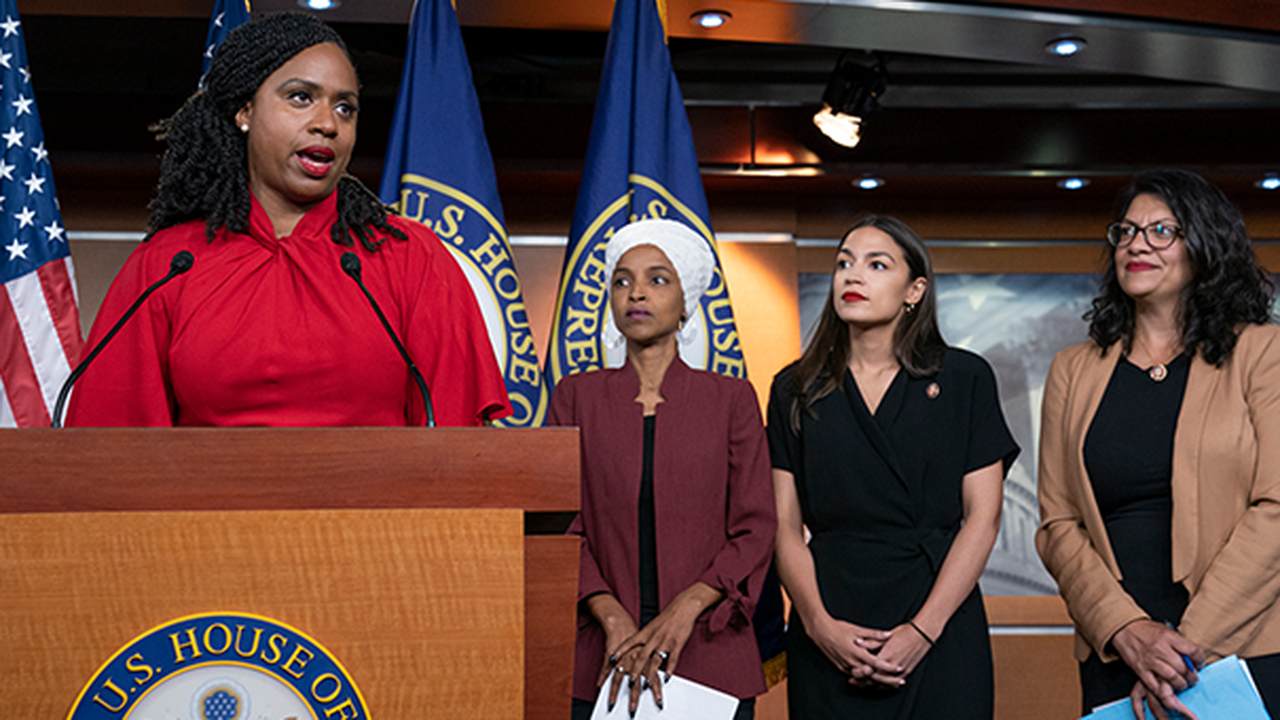 At a time when the bipartisan infrastructure deal is on life support, the “human infrastructure” fight will perhaps be the test for President Joe Biden that House Speaker Nancy Pelosi failed miserably when it came to leading her party.

My book “Abuse of Power” details Pelosi’s massive collapse of leadership in the face of four freshmen members and offers a warning for the Biden administration.

In a recent fundraising email, Rep. Alexandria Ocasio-Cortez (D-NY), said, “the idea that we would be limited by a bipartisan deal is laughable,” and said House progressives would “withhold their votes on the infrastructure bill “unless a budget bill that includes climate measures, child care, and immigration reform passes at the same time.”

Ocasio-Cortez and her colleagues in The Squad have rarely shown themselves to be constructive in forwarding policy on Capitol Hill – but they have proven quite successful in flexing their political muscle to gain power.

Ocasio-Cortez, Rashida Tlaib of Michigan, Ilhan Omar of Minnesota, and Ayanna Pressley of Massachusetts – steamrolled Pelosi in the House.

“The power and the influence of The Squad has been in and of itself a pretty spectacular phenomenon, and it’s something that Speaker Pelosi is not accustomed to. She’s not used to individuals in her own party standing up against her,” Rep. Jody Hice (R-GA), said in an interview for the book.

“She had that in The Squad, and they didn’t back down. They continued to make their voices known, and it seems every time they did so, their popularity increased all the more,” Hice added. “I think it pushed the speaker into a corner that she could not ignore. She was not going to succeed in squashing them.”

If the Biden administration allows itself to be steamrolled, it will have a worse excuse than Pelosi who was blindsided. The group is a known quantity today. Still, they now have actual experience.

In 2019, when The Squad was openly defying Pelosi and House leadership, Pelosi sternly lectured the Democratic caucus on the need for unity to keeping disagreements in the family.

Pelosi once said a “glass of water” running as a Democrat could win in Ocasio-Cortez’s district, adding the same was true of her San Francisco district as well. She referred to the Ocasio-Cortez Green New Deal bill as the “Green Dream, or whatever.” And she told The New York Times: “All these people have their public whatever and their Twitter world. But they didn’t have any following. They’re four people, and that’s how many votes they got.”

In a bygone era, freshmen would fall in line after a slap-down from the speaker. But, in return, AOC played the race card, saying of Pelosi’s comments, “it got to a point where it was just outright disrespectful … the explicit singling out of newly elected women of color.”

Far-left progressives had largely sided with The Squad. Oddly, it was President Donald Trump that gave Pelosi a life vest, with a disparaging tweet of the four. Pelosi, in turn, defended her fellow Democrats.

Shortly thereafter, Pelosi and Ocasio-Cortez posed for a photo together that July, and Pelosi posted the photo on social media with a tweet, “Today, Congresswoman @RepAOC and I sat down to discuss working together to meet the needs of our districts and our country, fairness in our economy and diversity in our country.”

AOC didn’t share the picture on her social media, indicating Pelosi got a boost from her, not the other way around.

One senior House staffer said, “There is a direct parallel with impeachment and the power of The Squad,” about pushing the first Trump impeachment that Pelosi and establishment Democrats initially resisted. “Moderates don’t want to take on AOC.”

This brings us back to Biden’s headache and whether he – like Pelosi – will allow a relatively small number of the most far-left House Democrats to set the agenda.

“Progressives have already proven their willingness to provoke a public fight with Democratic leadership,” Max Burns recently wrote in a Daily Beast column.

Burns also noted, “failing to pass both bills would mean chaos within the Democratic party. as [Bernie] Sanders and Ocasio-Cortez have both made their support for the bipartisan infrastructure package contingent on passage of a reconciliation bill.”

Burns writes, “If Biden can’t build serious bridges to progressives … he’s not going to get the money to build literal bridges.”

But based on what we saw with Pelosi’s colossal cave from 2019, it’s not likely that The Squad will be happy with building serious bridges with progressive. After gaining submission from the party’s speaker, will they settle for any less from their party’s president?