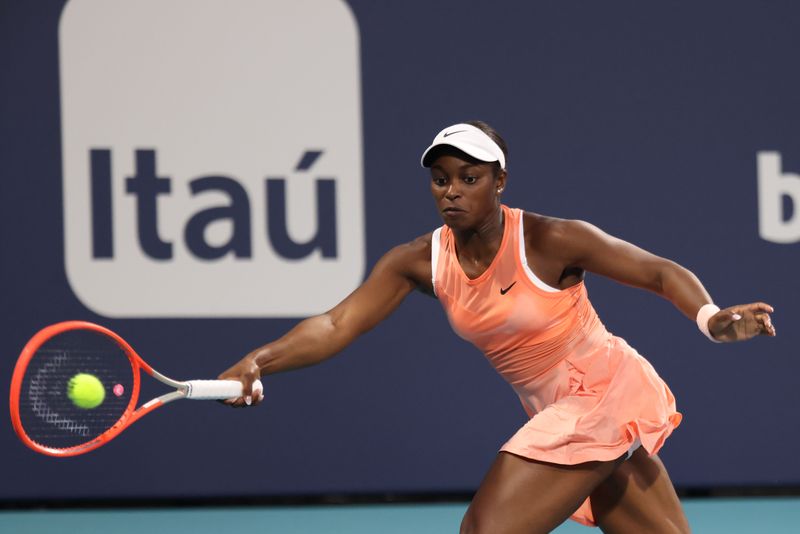 FILE PHOTO: Mar 24, 2021; Miami, Florida, USA; Sloane Stephens of the United States hits a forehand against Oceane Dodin of France (not pictured) in the first round of the Miami Open at Hard Rock Stadium. Mandatory Credit: Geoff Burke-USA TODAY Sports

Sloane Stephens, looking to shake off a poor start to the season, notched her biggest victory of 2021 on Wednesday, upsetting eighth-seeded Madison Keys 6-4, 6-4 in the second round of the Volvo Car Open at Charleston, S.C.

Stephens lost in the first round of each of her first four events of the year, including the Australian Open, before falling in the second round at the recent Miami Open. On Tuesday, she defeated China’s Xinyu Wang in straight sets before winning an all-United States matchup Wednesday.

Switzerland’s Stefanie Voegele needed just 85 minutes to upset top-seeded Saisai Zheng of China 6-4, 6-1 in the second round at Bogota, Colombia.