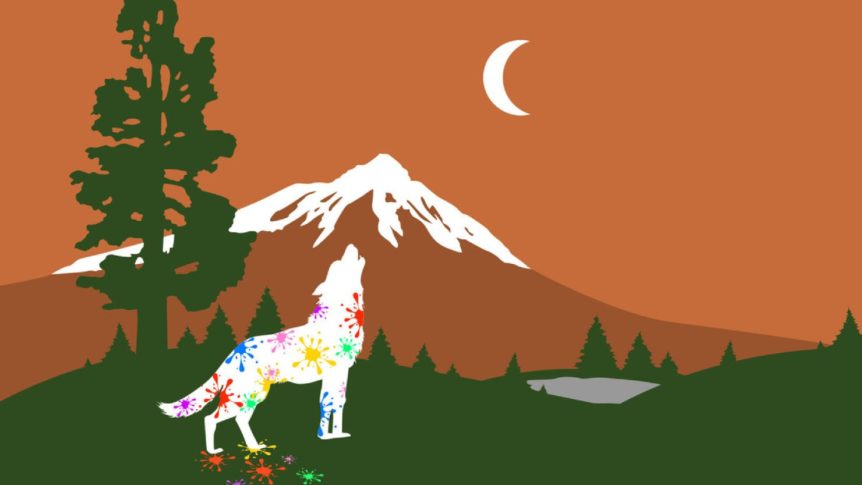 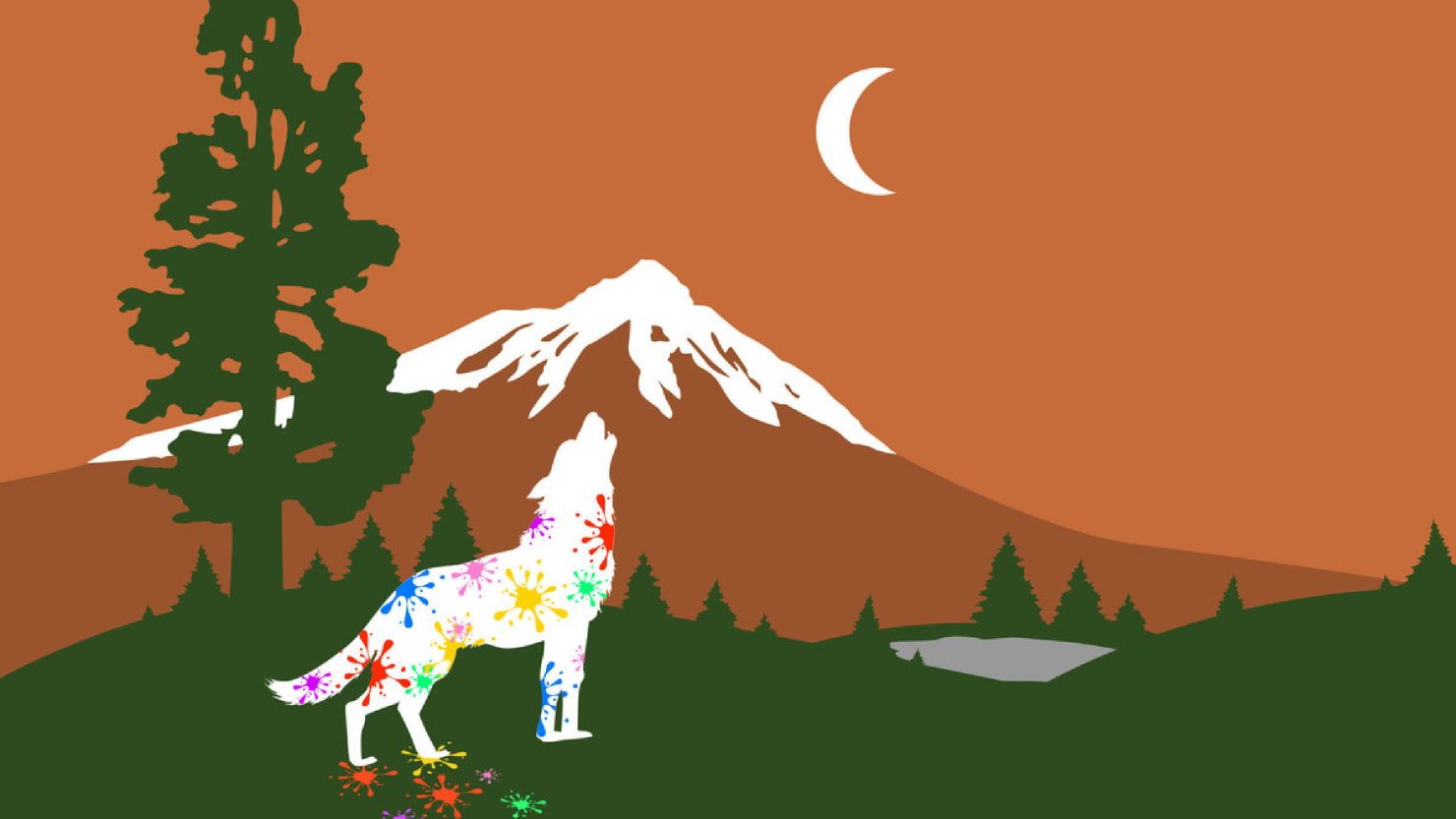 America’s most famous National Park is shooting paintballs at wolves.

It may seem hard to believe but, after all, Yellowstone is an otherworldly place. It’s home to a geyser that miraculously erupts on a timed schedule, hot springs that evoke colors many have never laid eyes on, and vast swaths of lands largely untouched by human hands where wildlife roam free, undisturbed.

Wildlife and human interaction within Yellowstone has always been an issue. Littered across the park are signs which read “Do Not Take Selfies With The Bison,” signs you might not think should be necessary, yet are. Conservationists familiar with the park and Rangers alike are renowned for their stories, seemingly cherry-picked from an episode of Yogi Bear, about bison wreaking havoc on park visitors who just wanted to get up close for a picture, or of tourists maniacally interacting with grizzly bears, acting as if the park were a zoo, not a wild place.

In the last five years, annual visitation has only dipped below 4 million once (last year), continuing to grow at a steady click sans the pandemic, and the habituation of animals to humans has grown along with it, especially in regards to wolves. To combat this, park officials are turning to paintballs, among a variety of other non-lethal hazing methods, as an alternative to killing the wolves, in the hopes that they will be able to deter the apex predator from further engagement and interaction with visitors.

The crowds that form when wildlife is spotted are astronomical, according to Yellowstone Senior Wildlife Biologist Doug Smith. “This is the best place in the world to view free-ranging, wild wolves. Whenever there’s a sighting a crowd develops, cars pull off, and cause massive traffic jams.”

There’s no respite for these animals either. “It’s a year-round thing,” Smith said. “When you have hundreds of thousands of people actively looking for you a year, you’re going to get used to people.”

Why is wolf-viewing an issue? According to Dr. David Ausband, a U.S. Geological Survey research biologist at the University of Idaho’s Fish and Wildlife Sciences department, when “people see them up close, they get the bright idea to feed them, and such a reward system can lead to increasingly emboldened behavior by wolves.” Smith echoed this, suggesting that when “wolves lose their natural fear of humans, it’s very difficult to restore it, and can result in the potential for wolves to hunt humans.” Ausband mentioned an event several years ago, where a habituated wolf in Algonquin Park went after someone in camp. While this sort of “hunting” has never happened at Yellowstone, the park has had to put two wolves down which they deemed potential threats to visitors.

Even though Yellowstone leans into educational policies first and foremost, like a brochure they hand out to visitors that details how to properly interact with wildlife, as well as a 100-yard distancing protocol for all wildlife viewing, Smith says “these things are difficult to teach and more difficult to enforce.”

“Ultimately, it’s up to the visitor,” Smith said. “We try and educate them, but most commonly, the wolves move in closer, and people aren’t cognizant enough to maintain the necessary distance because they all want a better picture.”

“Instead of killing them, we want to do everything in our power to preserve them—that’s where non-lethal munitions come into play,” Smith said.

Hazing, used frequently on wildlife like coyotes, involves the use of deterrents, like loud noises, inflicted pain, and in many times, a combination of the two on an animal to discourage them from engaging in an undesirable activity or behavior. The idea with wolves is to essentially make them afraid of humans again, especially if they’ve lost that fear due to park visitors feeding them or getting too close to them.

According to Ausband, the use of wolf hazing doesn’t really work. “We tried hazing methods in the livestock industry in Idaho, but the wolves were pretty smart and caught on pretty quickly.”

Smith and his crew disagree. In fact, they’ve developed a method shared with Teton National Park, Denali National Park, and others, that involves bean bag rounds “in the ass,” which is according to Smith “the best place to hit a wolf,” rubber bullets, and cracker shells to create a cacophony of noise and a barrage of the senses that frightens the wolf and discourages it from interacting with humans again.

“I tell my guys to my guys to make it seem like the Fourth of July is happening right over their heads,” Smith told The Daily Beast.

Clear paintball rounds (that, importantly, don’t leave a mark on the animal), are also a tool used since, Smith says, “you’re lucky if you can even use one tool before the moment has passed.”

Most importantly, Smith said that park conservationists are only hazing wolves in this manner during “teachable moments.” He said, “You have to hit them when they’re doing something wrong like getting close to someone or wandering around a developed area—you can’t just find them out in the wild and hit them with rubber bullets—they won’t learn that way.”

“The bottom line is this,” Smith said. “Humans always win.” But he hopes through attempted dehabituation, he can prevent more wolves from being needlessly killed, and perhaps, “change the culture around how habituated wolves are dealt with” across the country.

Smith ran through a story about a wolf that grew up right around people near the Lamar Valley. When it became a yearling, it stole someone’s tripod, and they had two options, to either put it down, or try and dehabituate it.

“It was our worst wolf, but we hit him numerous times and eventually, that wolf moved away from the road and started a new pack. It’s a success story for sure.”

While you might expect conservationists outside of the park to be against this non-lethal hazing, they’re actually all for it.

Brooks Fahy, the edecutive Director of Predator Defense, a conservationist nonprofit, told The Daily Beast: “Not only is this hazing and dishabituation better than just killing them outright, but it also comes at a time when wolf-mania in the region is off the charts.”

Montana, Idaho, and Wyoming, the three states that surround Yellowstone are all currently involved in an all-out attack on the apex predator.

In Montana, which borders Yellowstone to the North, two wolves were illegally poached from a helicopter this past weekend, and the governor was found illegally trapping/killing a wolf outside of Yellowstone. The state has also signed three “anti-wolf bills” into law this year—one which allows snares to be used for the trapping of wolves, one that lengthens Montana’s trapping seasons, and one which creates a wolf bounty program.

In Idaho, which borders Yellowstone to the west, it’s a similar story. There is currently a bill that was just sent to the governor’s desk that would allow for 90 percent of the state’s wolves to be killed—something conservationists call “ludicrous.”

“They are keeping it at 90 percent because that’s the lowest it can go without having them listed as an endangered species again,” Brooks told The Daily Beast.

Andrea Zaccardi, a senior attorney for the Center for Biological Diversity, echoed this sentiment, arguing that “if this horrific bill passes, Idaho could nearly wipe out its wolf population,” adding that “unless we can stop this from becoming law, decades of progress towards wolf recovery will be lost.”

Regardless of the outcome, conservationists argue the very paradigm between Idaho—which is “legalizing the slaughter of wolves,” in their words—and Yellowstone, which is doing everything in their power to maintain this wild space for the apex predator, is shocking, and ultimately confusing (for the wolves, too!).

Curtis Smith of the Wild Earth Guardians, another environmental nonprofit, echoed this: “It’s crazy—it’s like we expect wolves to recognize these arbitrary human boundaries. In Yellowstone they get shot with paintballs and if they cross the border into Montana, Wyoming, or Idaho, they get shot with bullets.”

Brooks agrees. “Ultimately, [Idaho’s approach is] a human-centric, anthropocentric model of conservation, and if that’s the approach we’re going to take, maybe we don’t deserve these wild creatures.”

While Doug Smith hopes his team’s dehabituation methods help prepare wolves that venture out of the park for this sort of human interaction, he’d also like to see hazing more widely implemented as a conservation tactic for the wolves.

“Hazing can be a tool used in many settings where you want to cause wolves to avoid a certain area,” Smith said. “If you do it the right way, I think it can be applied in more places than just national parks.”