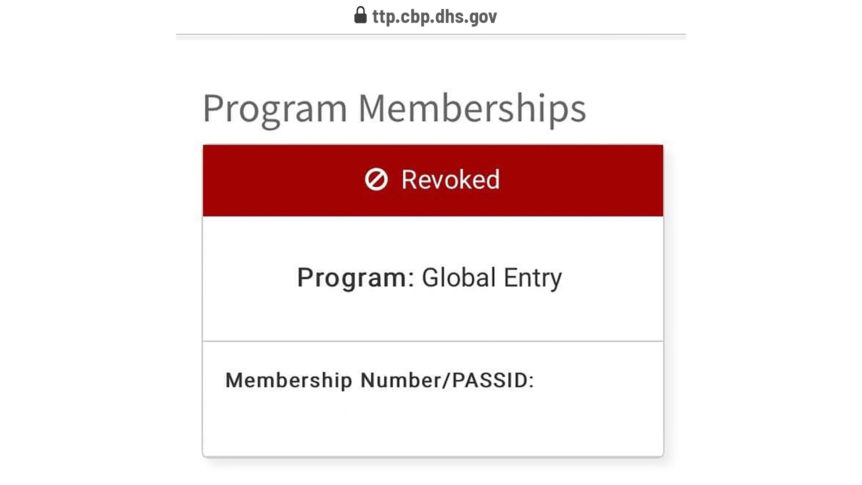 That’s the question at least one longtime GOP operative is asking himself today after receiving notification from the TSA that his Global Entry pass has been terminated.

The adviser specifically served in a high-level role in 2020 for the Trump re-election campaign — as well as serving in other prominent roles in GOP grassroots politics and legitimate non-profit organizations over the last 10 years.

Turns out, he’s not alone in waking up to a notice from the TSA today.

Several other, lower-level Trump campaign staffers confirmed to All-American News this evening that they, too, received similar notice in the last 72 hours — since President Joe Biden’s inauguration — that their TSA pre-check statuses were now cancelled, too.

Is this all part of the master purge we’ve been hearing would come in the form of political scorched-earth revenge against those deplorable ole Trump staffers?

A systematic, widespread revenge plot to halt former Trump staffers from being able to move freely about the country — or the globe, for that matter — would cut directly against Biden’s claim in his inaugural speech that he is committed to “unity” and undoing this “un-Civil War.” Going after political opponents — who state they were NOT in attendance at the Capitol protest on January 6 — certainly seems like wrong-headed, un-American activity the likes of which would make Senator Joe McCarthy blush.

Have we any decency? The Trump era is over. To the victor go the spoils. Biden’s team can use those spoils as they wish, but retaliation against fellow Americans seems beneath the compassion and decency President Biden said that we must have as ALL Americans trying to move forward under a new administration.