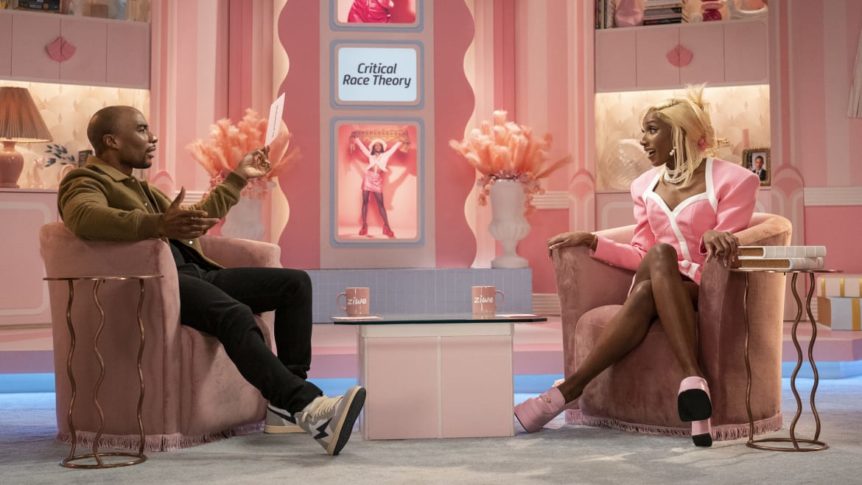 Ziwe Fumudoh knows that the first season of her Showtime series was, to borrow one of her favorite words, “controversial.” In fact, the comedian—better known by her mononym, Ziwe—took a moment at the top of her Season 2 premiere on Sunday to relish the cries from conservative pearl-clutchers like Megyn Kelly, who last year called her show “racist” against white women. Then it was on to the subject of the day: critical race theory.

It’s hard to imagine anyone could have believed the right’s whining would convince Ziwe to tone down her show’s hot-pink intensity; trolling is, after all, a foundational pillar of her brand. (Among her favorite questions to unsettle white guests: “How many black friends do you have?”) How perfect, then, that her first guest this season was none other than the bombastic (and also controversial) radio host Charlamagne Tha God.

The episode’s focus might have been critical race theory, but the question that rang the loudest—the one she posed to Charlamagne—was far more personal: “Why do you hate Black women?”